It all started when I cleaned my cupboard....

As a newlywed of two years my husband and I moved into an old farmhouse on our first farm in 1968. The house was an old 1905 one bedroom down and two up (in the eves of the roof with slanted ceiling). It had been moved there from down the road in the '30's by rolling it on big cedar logs. The logs remained under the house as part of the "foundation". The attached bathroom and back porch had been added sometime later...so there was indoor plumbing too! This was the ultimate starter house and we loved it!

The kitchen had floor to ceiling cabinets with beadboard doors, a scrubbed wood counter and huge cast iron sink. I needed a tall utility stool to reach the top shelf of the cabinets. Moving into the house I tackled the cupboards, scrubbing and relining all the shelves. In the far back corner of the top shelf (where I could barely reach) had been left behind two jars of homemade pickles and a glass bowl. Those pickles and bowl started me on two new journeys.....canning and collecting.

The canning came easily to me. My Mom had canned for years during my childhood, filling up shelf after shelf with jars of fruits and vegetables from our garden. I just dialed Mom and got all the help I needed, but it took years to finally duplicate the awesome dill pickles I found in that kitchen. They had a hint of licorice in them and I tried many recipes before I discovered it was anise that created that unique taste.

Now...the collecting took a bit longer. The bowl (which I learned many years later was Iris and Herringbone pattern depression glass) to me was just a really pretty bowl that always held my fruit salad for Thanksgiving and Christmas dinners. One day I was shopping with friends and saw the same bowl in an antique shop. Once I knew there was more of the same pattern out there the hunt was on! This is what started my antique hunting passion.......and the rest is history. I owe it all to the day I cleaned out my cupboard. 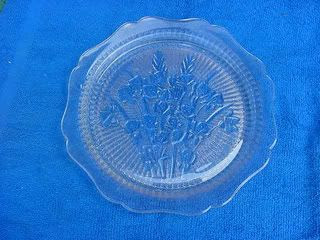 Karen, I am doing painted furniture as a call to artist in Tacoma. I wanted to know if you still have stuff to fix and paint. How the heck are you? Weeds bad this year? hehehe. I have to stop by soon. I went down to the office the other day. Got a response that was cold. Becky was not there. Well, love to see ya... Lucy Call 253 327 8378. anytime. Lets catch up.

Purple Cow Antiques
A semi-retiree, I own an antiques store, Purple Cow Antiques in Buckley, Washington, near beautiful Mt. Rainier. I have sold antiques at local shows and in the shop for over 20 years, and am now transitioning to an online presence with a webstore and listings on several Ebay alternative sites. I've also worked for the local Pierce County Noxious Weed Control for nearly 20 years. A little knowledge is a dangerous thing! and I have had a blast learning how to post auctions and listings, particularly the graphics and html involved. A year ago I couldn't copy and paste, LOL. Retired from farming and my own computer based dairy records management business, my husband and I are enjoying the new spare time we have. Blogging is my new challenge, and I will enjoy sharing insights into the world of collecting and my daily meanderings in pursuit of a weedless world with others.

Followers with a Passion for Purple!